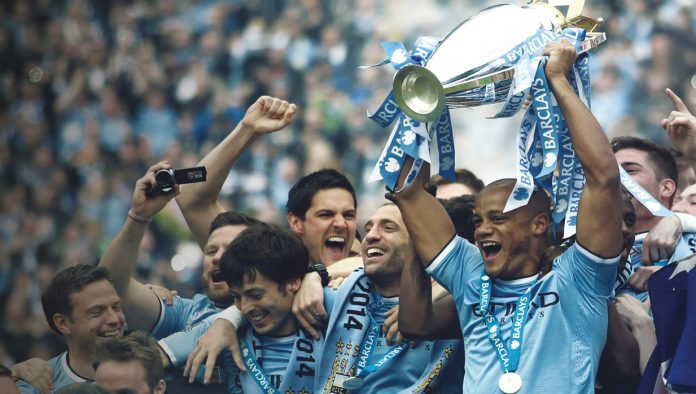 CEMS, like many other organisations these days, understands the value of cultural diversity. The business case is clear: greater diversity means an increased pool of knowledge, perspectives, and ideas from which organisations can draw.

Yet, is there a risk in having too much diversity? Or is it, perhaps, that the benefits of diversity outweigh the importance of a distinct local culture? To answer these questions, we have researched the English Premier League, an organisation that has been struggling with the issue of how to balance between the advantages of increased diversity and those of maintaining a strong local culture.

The story of the English Premier League is a remarkable one: while increased diversity has contributed to the League’s growing success, it has also changed its culture and jeopardised local development. Between 1992 and 2011, the number of foreigners in the league has grown exponentially. From a mere 7% in 1992/93, foreigners now make 60% of players in the League. This rapid process of diversification over the last two decades is closely associated with the remarkable success that the league has enjoyed during that period. Back in 1992, England was ranked 13th in the UEFA Country Ranking. By 2011, England held top spot, overtaking Italy, Spain, Germany and France.

The numbers tell an incredible story: increasing diversity has been directly and linearly linked with the league’s growing revenues and profit, professional success in the European Champions’ League, and increasing attractiveness among football fans around the world. The English Premier League is now the biggest continuous annual global sporting event in the world. It is also the most watched and supported football league in the world, with coverage available in 720 million households across 212 territories worldwide.

Increased diversity has certainly contributed to the League’s phenomenal success. But maybe too much so.

Increased diversity came at the cost of losing the League’s local identity. Out of the 44 top flight and 1st division clubs, 24 are now controlled by foreign owners. The local Englishmen are now a minority among the players, coaches, owners, and viewers. The English Football Association noted that the League is lacking a common image, and clubs can be said to experience an ‘identity crisis’. Most notable is the example of Cardiff City in 2012 – the club which was bought by the Malaysian investor Vincent Tan – who decided to rebrand the club’s colors from blue to red, and replace the club’s image from a bluebird to that of a dragon – all in the name of securing funding and appeal for the Chinese market.

And it gets worse! The loss of local identity in the League has also led to a decrease in the number of highly skilled English football players. This is partially seen in the decrease in transfer prices and wages of U21 home-grown player in recent years. Local youth players were finding it increasingly more and more difficult to breakthrough into their club’s first team, which had a detrimental result to their development. This in turn was coincided with mediocre performances by the English National Football Team on the international stages; England reached the quarter finals of the 2006 World Cup, before failing to qualify for the Euro 2008 Championship. Most recently, the Team failed to progress through the first knock-out round of the 2010 World Cup.

In an attempt to balance between increasing diversity and the need to protect its local assets and identity, the League introduced a quota system, starting from the 2010/2011 season. Each club was required to register at least eight home-grown players in their squad of 25 players for the upcoming season. The rationale behind this strategic decision was that by giving underrepresented, talented youth players the required play time necessary to hone their abilities, they would develop into the world class players the League currently spends millions in recruiting.

The use of quotas as a diversity management tool sparks heated debate among policy makers and management scholars, especially due to the absence of clear empirical evidence to support or denounce its effectiveness. The case of the Premier League therefore provides us with a unique opportunity to explore objective data to analyse the effects of implementing quotas in organisations.

So, do quotas work? Well, it’s complicated… Our study reveals that the quota system has led to an increase in the number of home-grown players within the league. In the 2013/14 season – 3 seasons after the quota had been implemented – we see a jump in the average number English players per squad.

However, we found no evidence for a positive effect with regard to talent development, or club and national team performance. One outcome of the newly implemented quota system was that the few high quality English players have now called for inflated transfer values and were more difficult to recruit. Meanwhile, the market was flooded with mediocre, ‘quota-fulfilling’ players. Another outcome of the quotas system was the weakening of the nation’s top clubs, as indicated by their international track record and rankings. In 2013, two years after the introduction of quotas, the League has lost its top UEFA Country Ranking to Spain, and further dropped to third place the following year. Finally, the national team has failed to record any short-term benefits which can be attributed to the introduction of the quota.

The story of the Premier League is a telling one: while diversity offers tempting advantageous, organisations should treat it with caution and strive to balance between heterogeneity and the support of shared local identity.