Exits, mergers and acquisitions are an integral part the fabric of global business. They are the mechanisms through which organisations leverage new opportunities, expand market share, drive profits or reduce risk and the threat of competition. And when businesses merge or are acquired, there is inevitably a period of adjustment and adaptation. Sometimes it’s seamless. Usually it’s not.

Take the case of company X. Acquired by a foreign retailer in 2019, Company X had actually been part of a larger, international business headquartered in the US. Based out of the DACH region, X had its own way of doing things; fairly strict processes, systems and structures, and reporting lines that led all the way back to senior management in the States. X’s new parent, however, was hewn from a rather different stone. A family-owned organisation, the parent was altogether more entrepreneurial, faster, more agile in its operations and decision-making. Cue a culture clash, says Marvin Karrasch, consultant with CEMS Corporate Partner, Integration Consulting.

“By the time Integration became involved, the DACH division had effectively become paralysed. Theirs had been a culture predicated on strict and systematic checks and balances, while their new parent company had expected to see them adopt a hands-on attitude – to adapt fast and drive business as usual within this new context. When we joined the process, X was in danger of imminent failure; or perhaps better put: there was a fear of failure that had stymied operations and had effectively seen them grind to a halt.”

Integrating two (or more) inherently different cultures requires each player to step back and think, says Marvin. In this instance, the parent company had made assumptions about its new business’s ability to shed an established way of working, and to think and act for itself. In the case of X, feeling the autonomy to make decisions – to purchase supplies or exploit a new deal in the market – without immediately escalating everything to the CEO was so outside of its comfort zone, its management had become immobilised by fear of making mistakes. 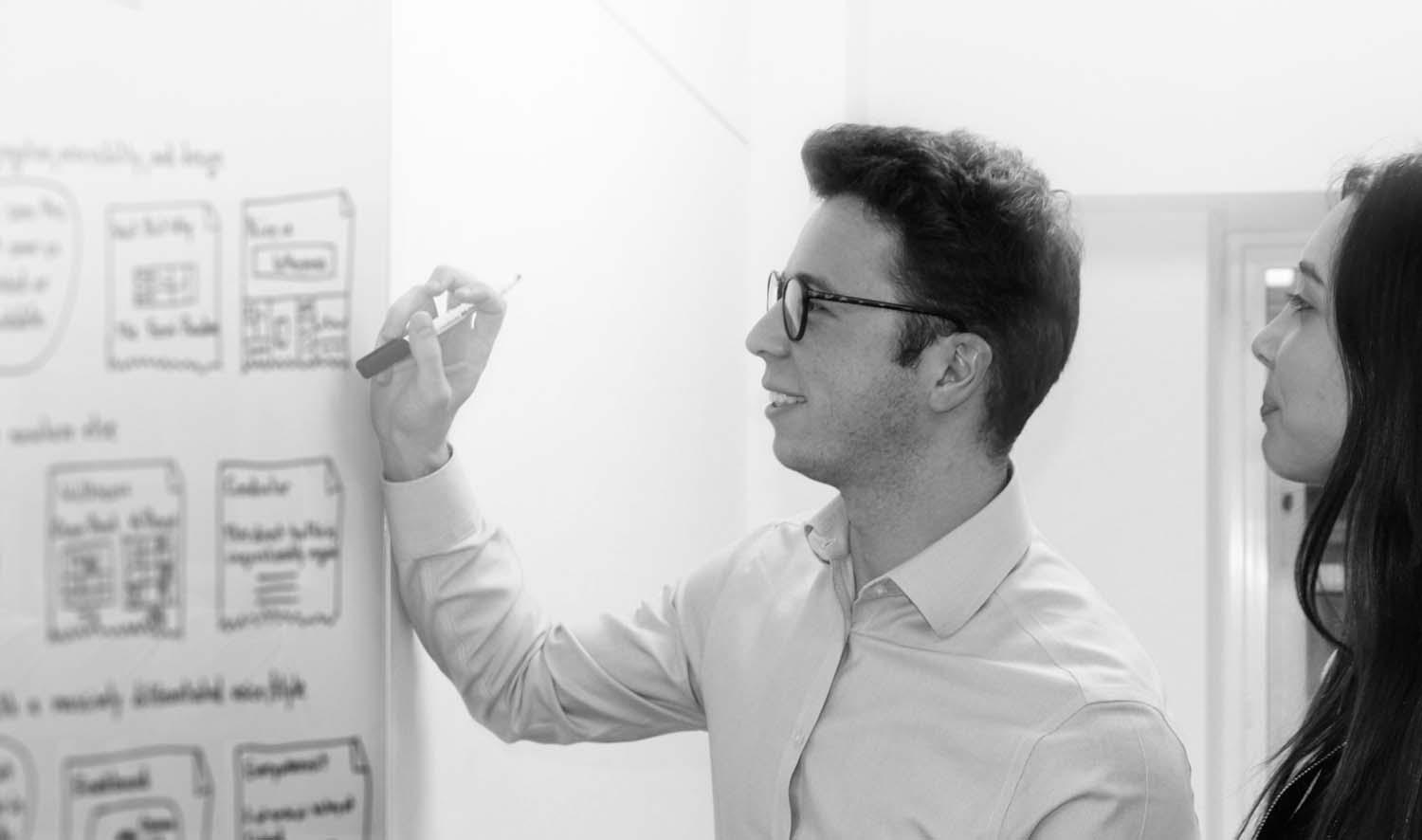 The challenge ahead of Integration was two-fold. First there was the job of getting X to make the shift to a more autonomous and agile modus operandi. Then there was making the acquirer understand its own role in communicating and, as Marvin puts it, “in walking the walk.”

“When companies mesh, they need to align. But getting the technical piece right – the blend of blend of specific expertise or hard skills – is only one part of the story; and it’s usually the most straightforward. You also have to think about the softer, more cultural dimensions. 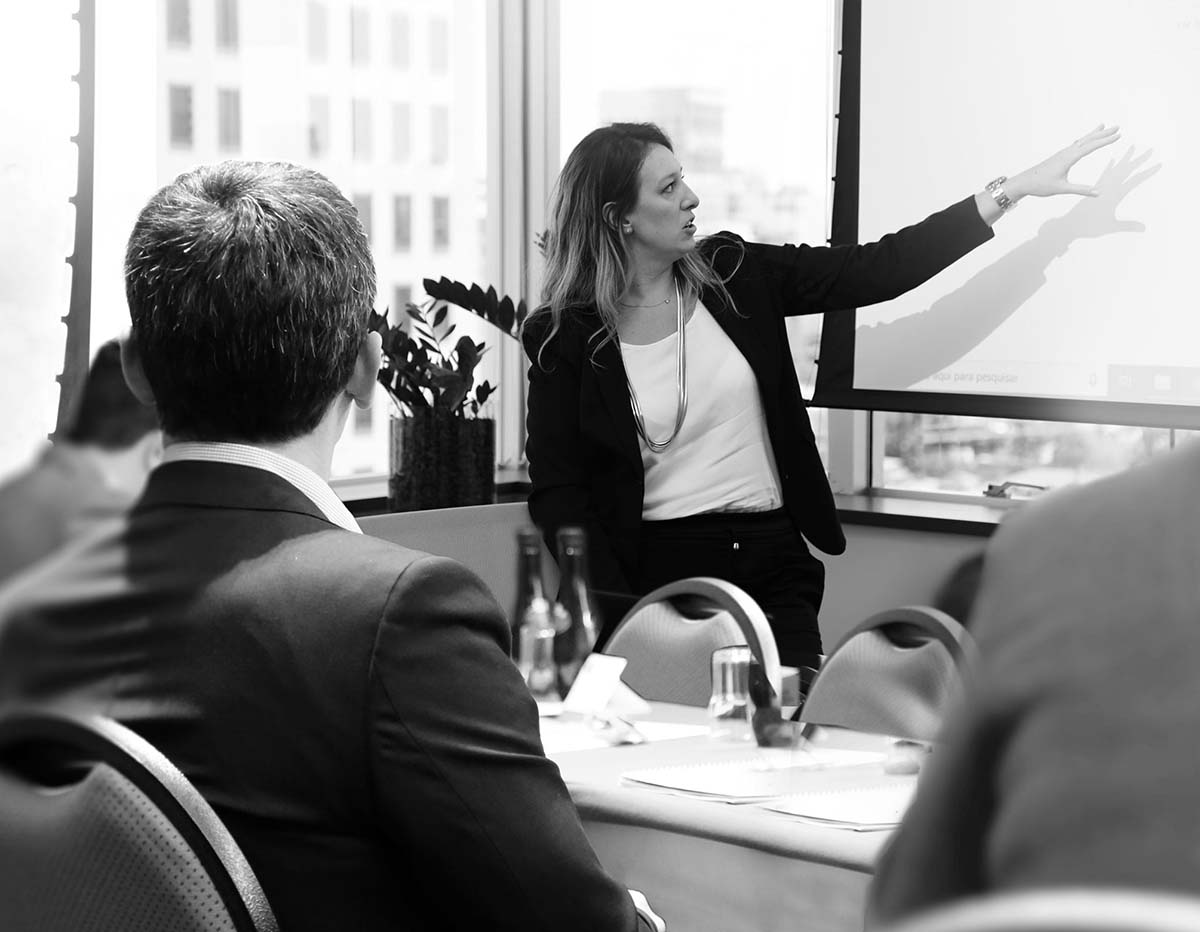 “There’s a real onus on the acquiring side to articulate their culture as much as necessary. There needs to be space for communication and feedback, for employee exchange where possible, and to create a forum for leaders on both sides to talk and align.”

It takes time, he says, to build the necessary compatibility. Sometimes companies will see immediate impact following an acquisition in terms of things like profit, but being proactive and instituting concrete measures that make space for transparent exchange, for doubts and fears to be aired, for two-way learning to happen, and for new players to feel comfortable about failure – these things, says Marvin, are absolutely critical to the longerterm prospects of a merger. And there’s a lot at stake. Around half of all acquired companies don’t meet the agreed targets set for them by their new parent in the first year. 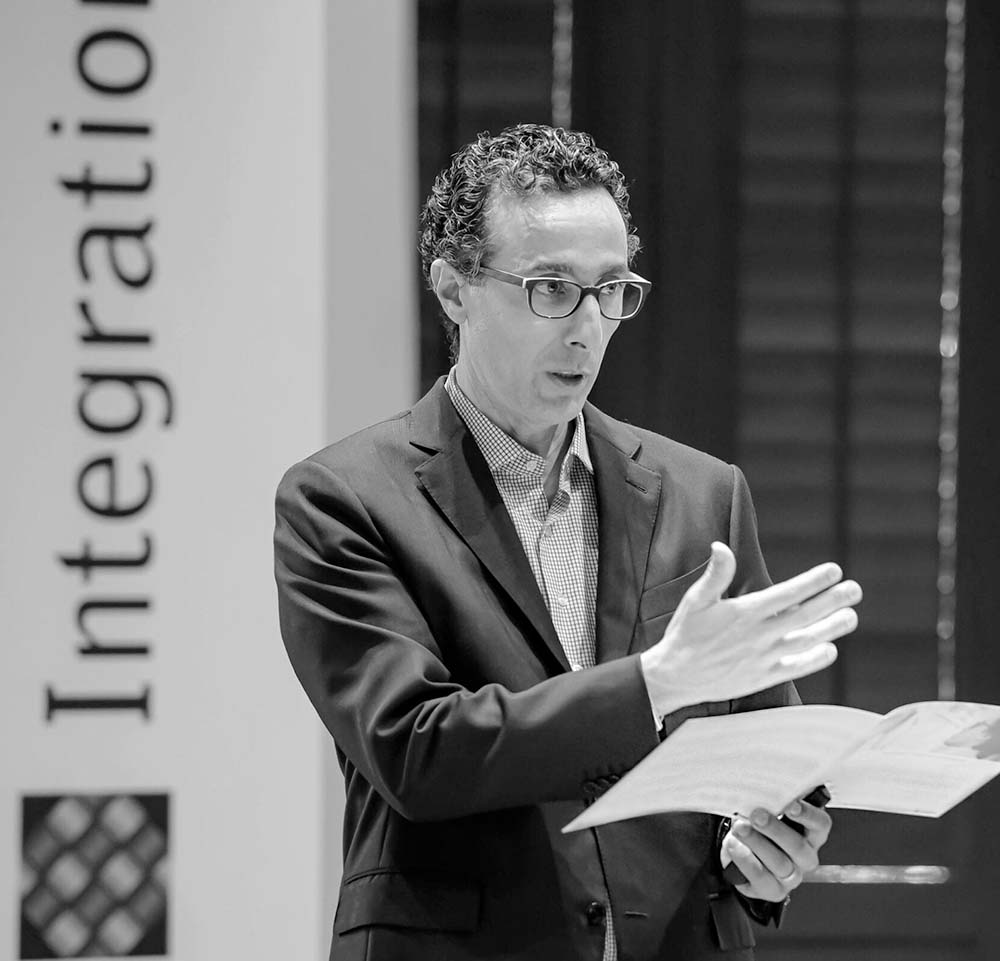 “In the case of X, once both sides had paused, reflected on the situation and then defined the necessary steps to become one company – to operate as a collaborative team rather than two inherently different entities – we saw a very swift transition. In less than 12 months, X had adopted a new mentality – a new courage around failing – that saw them deliver and actually exceed their targets.”

Prepared to weather the storm

When Covid happened in 2020, X was in far better shape to weather the storm says Marvin, because they had made a shift in mindset. They had “normalised” failure to a previously unseen extent, and that opened them up to a new agility and responsiveness i n a moment of unprecedented uncertainty.

Company Y was about to launch its largest ever global campaign when the pandemic essentially forced them to shelve all plans for in-person events and activities. Unable to continue as planned, the PR and marketing team were in a situation that called for fast decision-making and agile operations.

“Virtually overnight, all major events were off the table. Similarly, the team could no longer even count on things like photoshoots to create content. So the pressure was on to deliver – to find a way to meet the campaign objectives.”

Interestingly, the same team had come to Integration Consulting several months before the pandemic hit, because they had already identified a need: to adopt more agile and failure-tolerant ways of working.

“It’s not uncommon for business functions or divisions within larger organisations to find themselves slowed down or bottle-necked by inherent complexities in their processes. This particular team were proactive about their need to adopt a more entrepreneurial approach to continue meeting the wider organisation’s needs in a dynamic competitive market, while still respecting and aligning to the business culture.” 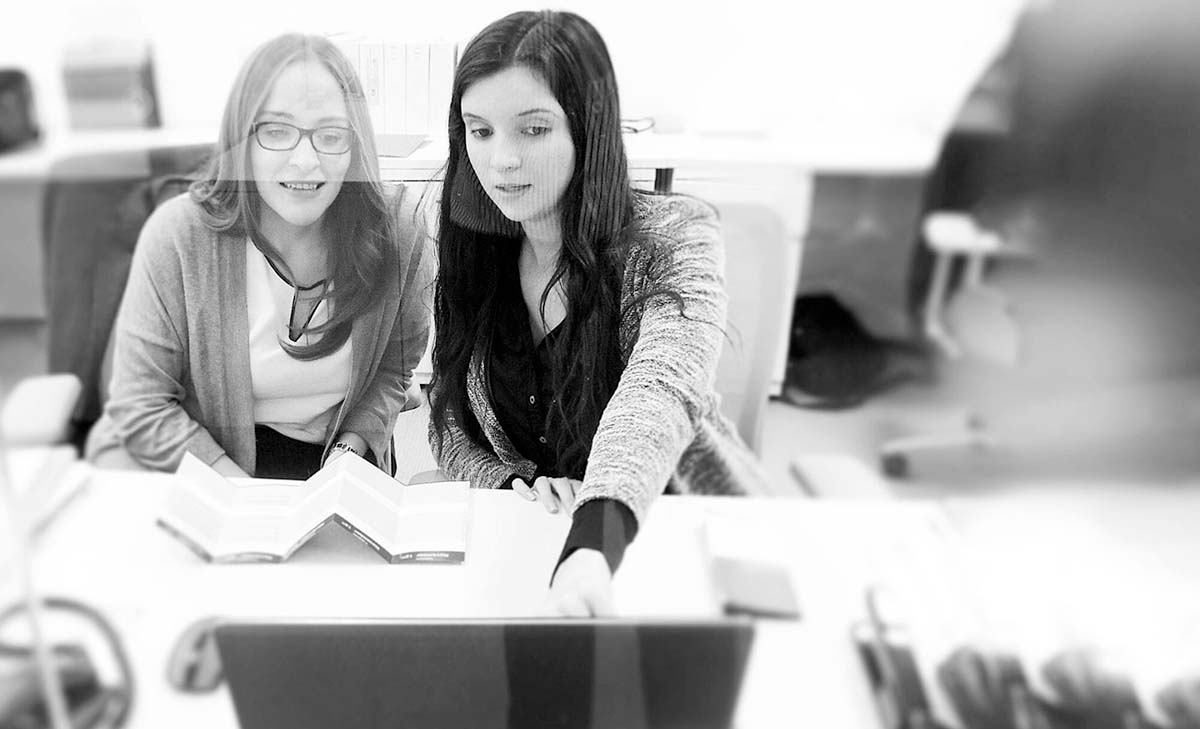 The work that Integration and the PR and marketing team had put in in the months leading up to the crisis meant that they too had laid important groundwork – particularly in terms of experimentation, ideation and tolerance of failure – which meant that they too were well poised to hit the decks running, and to tack or shift direction as fast as emerging needs dictated. So pleased was the company with the support that Integration provided and that the team had delivered, in fact, that Sven and his colleagues were retained to help tweak strategy and even support in executing elements of the new campaign, just as Covid was changing the playing field around them.

“In a very real sense, the pandemic tested our ability to go into untested waters, facing down failure and being agile in our own response too,” he says. “It’s not every day a business consultancy is called upon to play a part in delivering a creative campaign!”

It doesn’t have to be perfect

In the event, the campaign – the most ambitious and furthest reaching in its company’s history – was transitioned online in its entirety; a shift that might under “normal” circumstances have taken months to plan but which was in fact delivered within days. And the results were astonishing, says Sven. 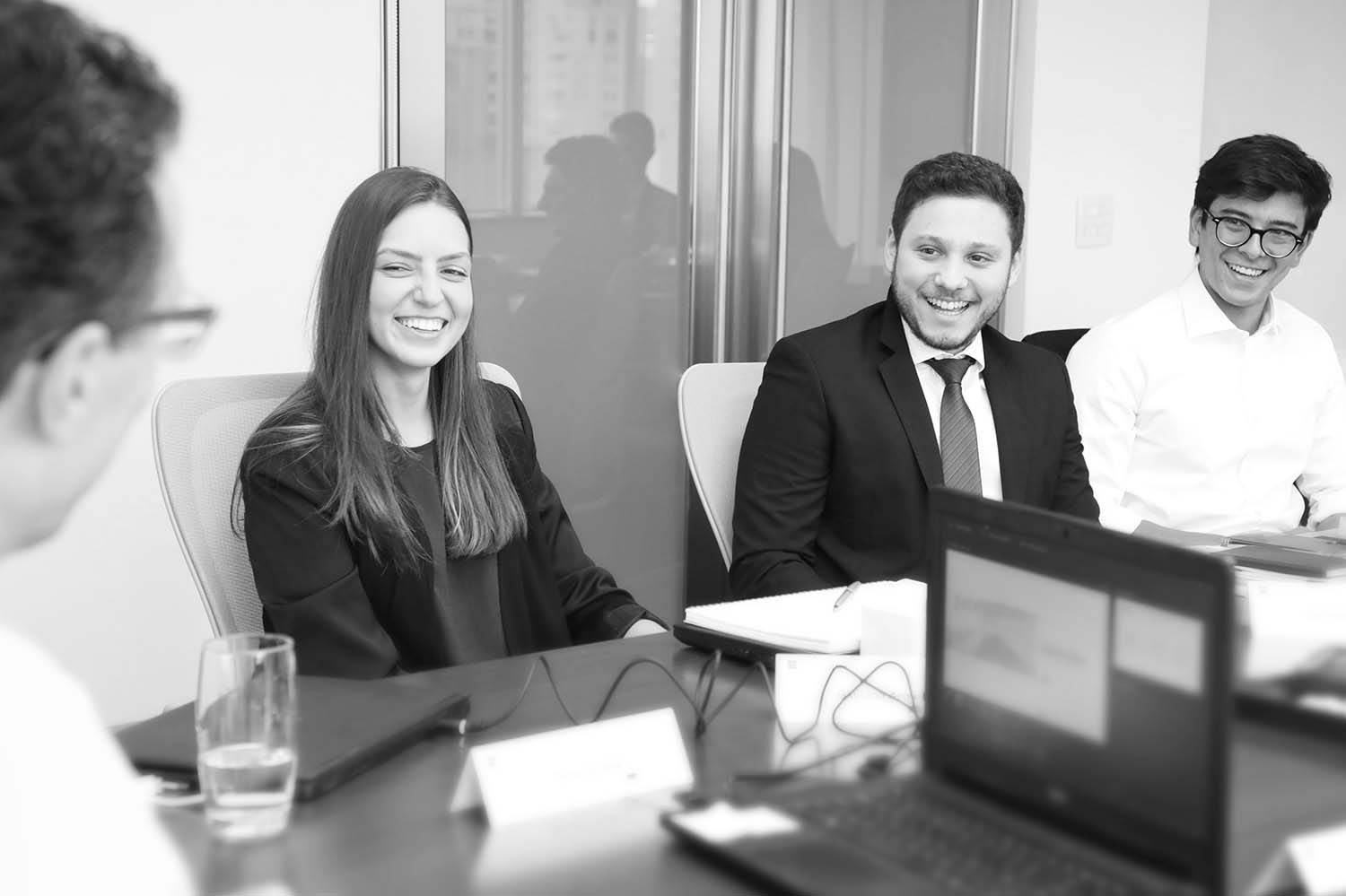 “This was a team that was thinking on the hoof and ready to experiment, try new things and fail fast where necessary. Because they had adopted a new mindset they were ready. Before 2019, working with influencers might have meant sending a large team of filmmakers, stylists and makeup artists to locations around the world. When the crisis hit, they weren’t paralysed by fear of failure. So they simply leveraged the influencers’ mobile phones and got people shooting themselves. And the impact was astounding.”

Simply put, it was the most successful campaign the company has ever seen. The engagement on social media eclipsed anything that the team had put out there before.

There are takeaways for businesses and team leaders from Integration’s client stories that might help shift attitudes to failure, say Sven and Marvin. Perhaps the key insight is that things don’t have to be perfect to be successful.

In the case of company X, building the agency to act with autonomy, to make fast decisions and to seize opportunities without fear and hesitancy – and without seeking out approvals at every stage of command before acting – has brought greater alignment, agility and resilience; factors that have been critical in weathering the Covid crisis.

For company Y, ditching the idea of professional photoshoots with impeccable styling or lighting, yielded something more human, more accessible – less perfect – that resonated more with customers; tapping into a sense of Zeitgeist at a moment of global vulnerability and uncertainty. 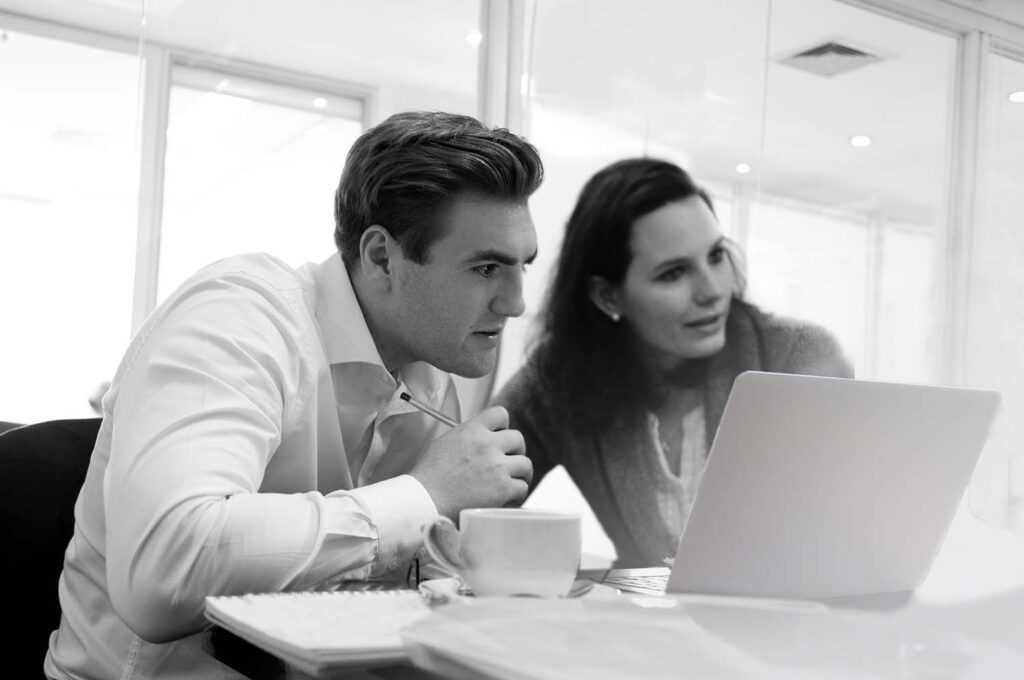 “Experience shows that failure is often the basis for future success,” says Marvin. “The ‘fail-fast’ mindset might feel like a buzzword, but it’s also very true. Even if you are doing really well like Sven’s client, you still need to open up your mind to the potential of failure to take chances. And in my case, the client had to realise that in an environment where people don’t dare to fail and only play it safe, you end up only creating the same. And this, in the long run, leads to real failure.”

Decisions and solutions must always be rooted with the realms of what is practically possible (and what is not), he adds. But failing to experiment, to take risks, to experience failure and to learn from it, is also failing to innovate, to invent and to reinvent yourself in a world that is constantly evolving.

Integration Consulting is a strategy and management consultancy focused on 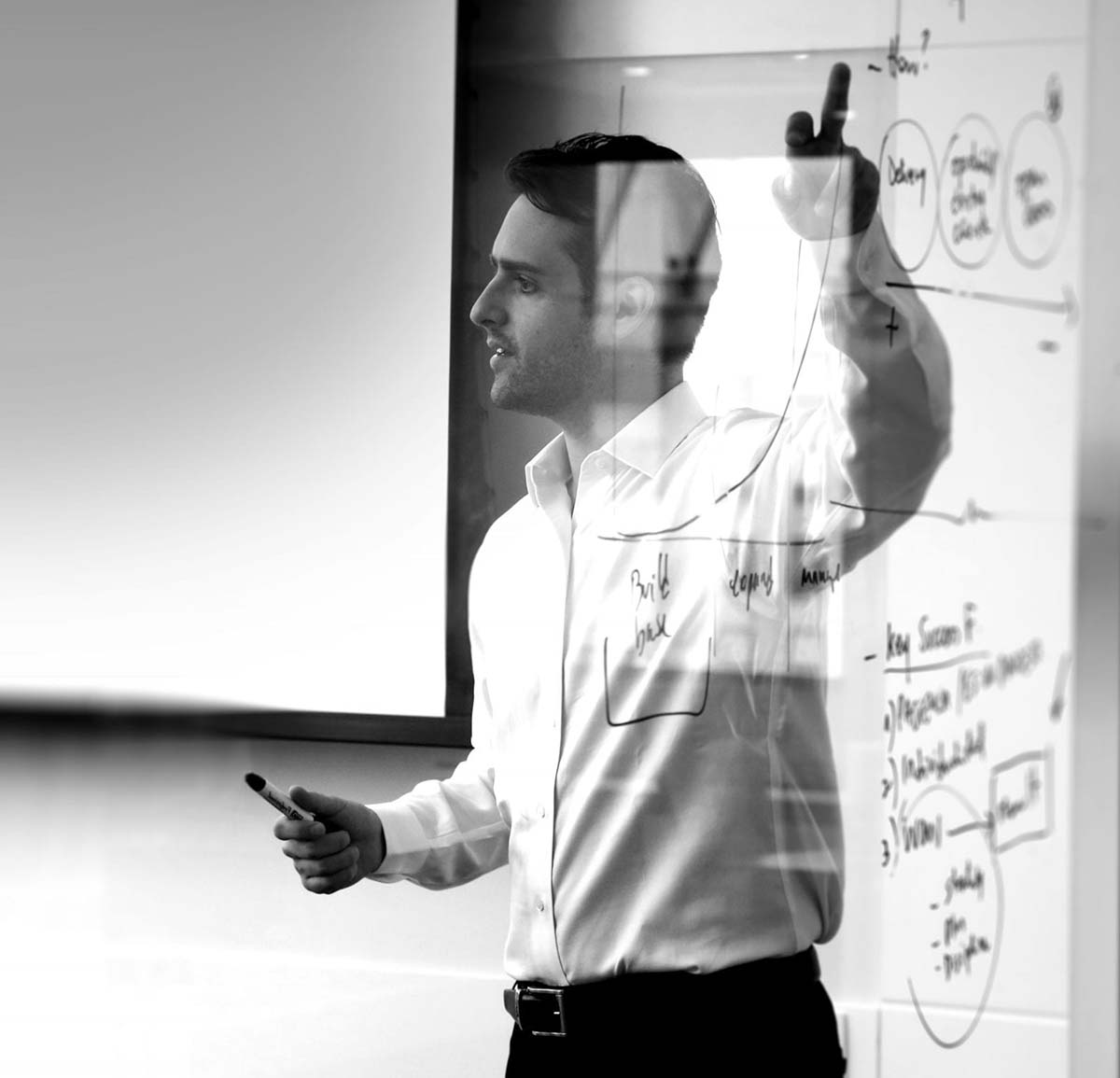 implementable solutions, leveraging organizations, teams and individuals to deliver a unique experience. The solutions we design and develop with our clients are only properly tested once they meet the real world. And while, in reality, our solutions are often a tremendous success for our clients, sometimes they do not produce precisely the results we were expecting. We believe that this is an opportunity to “see the reality and adjust”. Implementation is part of our DNA and is built into our ways of working from the very outset for just this reason. Decades of experience in different client companies and countries around the world have taught us that we must go beyond the theoretical, be pragmatic and always be open to learning from this reality.

If you enjoyed reading our stories and like our collaborative and hands-on approach, you can find out more about Integration Consulting on our website: https://integrationconsulting.com/en/