Leslie Willcocks, Professor of Technology Work and Globalisation at London School of Economics, draws on his research to demonstrate a balanced view of the future human-machine relationship while advocating an adapt-as-you-go strategy for people and organisations

Peering through the mist of prediction

It is a general truism that people overestimate the short-term impact of new technologies and underestimate the long-term implications. Technologists, moreover, tend to believe too unswervingly in the perfectibility of technology and the value of technical solutions. However, social and economic and political factors should dampen down significantly the more extreme technological determinist predictions: just because work can be automated doesn’t necessarily mean that it should or will be automated.

To clear the mist in the debate, it is important to separate the issues related to job numbers and skill types, the scary figures on numbers of job losses over the next 20 years being just one scenario among many possible. Moreover, few studies producing those figures work through different assumptions and scenarios and, indeed, most studies have flawed assumptions with the result that they project unreliable data into a future set of circumstances they cannot possibly know.

The most probable scenario for the next 20 to 50 years is that it is not so much a question of entire jobs being lost, but parts of these jobs that will be automated. Many of them look likely to be restructured to take advantage of what can indeed be automated and how these automated tasks fit with human strengths and abilities. At this point, it is important to factor in the jobs that will be created as a result of automation: new technical jobs, restructured jobs at a higher level in terms of skills, and new jobs as productivity and economic growth feed off the productivity gains from more automation. Over the next ten years we foresee, conservatively, that for every 20 jobs lost through digitization, another 13 will be created.

However, it is important to stress that there are some serious qualifiers to the idea that human jobs and skills are going to be replaced with all too few worthwhile jobs left for humans to do in 50 years time. One of these qualifiers – and a major one – is that of ageing populations, especially in countries like China and Japan. In addition, it can also be pointed out that there are serious skills shortages, possibly as much as 45 million workers, being experienced today in certain sectors of the 20 biggest major economies, especially in areas of medium and high skills. Moreover, there is also the issue of how these countries making up over 80% of the world’s GDP can maintain present, let alone projected larger, economic growth rates. Such concerns lend support to the argument for automation, as can be seen in a 2017 McKinsey study that points to major productivity and skills shortfalls over the next 50 years for at least 13 of the top 20 economies, and how automation could help cope with this.

An interesting point to make here is that our own analysis at LSE suggests that until now studies have neglected another side to automation – that of the dramatic increase in work to be done as a result of the exponential data explosion. We argue that the volume of audit, regulation and bureaucracy will continue to rise over the next 20 and, most probably, 50 years. It increasingly seems we will need much more automation just to cope with new inroads in technology and automation. In addition, many studies also underestimate the unintended consequences of new technologies, and the need for social control and regulation that arises when they are applied on a large scale: think how roads have become highly regulated and policed. All in all, it appears that the fears on automation in the long-term are misplaced, though short-term negative transitory impacts may well be exacerbated by lack of preparation by governments, organisations and individuals alike. 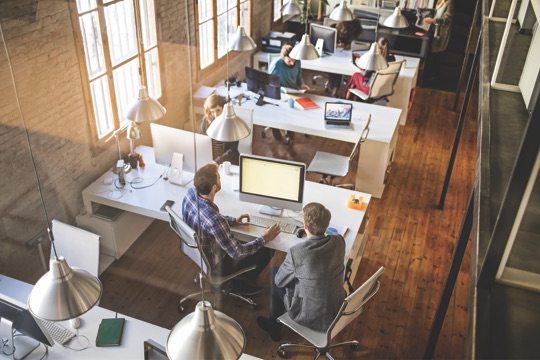 Humans will still be around – and also using existing technology

It is sometimes asked if industry has reached a tipping point in terms of machines at the service of humans or, inversely, humans at the service of machines. In reality, we are far off such a tipping point, the machine-controlling-the-human scenario receiving more attention than it deserves. Indeed, there is a serious over-belief in two things: the perfectibility of technology and how quickly and massively automation technologies can be deployed and institutionalised. Past studies show that technologies can take from 8 to 28 years to become fully deployed in an economy, and this has also been seen to apply to recent software-based technologies. This said, people may get distracted by seeing a faster rate with certain consumer technologies, such as smart phones, or by speed with one sort of application in a specific sector.

And there are other reasons for seeing such a tipping point being somewhat remote. According to a McKinsey study, it is probable that only 5% of jobs at the present date in time can be replaced by existing technologies. Going forward, while there is huge investment into automation technologies, the diffusion of innovation is a long winding path. Not only has the technology have to become usable, it also has make economic sense, address a compelling problem for the organisation, be better than the alternatives, and then be fitted into the legacy technological and cultural base and structure of organisations that has already been designed and functions to address their various business imperatives. In reality, legacy technologies have a habit of continuing to be utilized, something we can call the ‘shock of the old’: they are useful, people are familiar with them, and organisations have invested in them – further arguments for an ‘if it ain’t broke, don’t fix it’ approach that may delay new technological implementation. 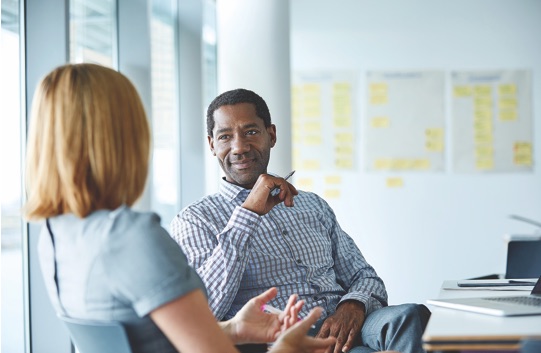 People will still be around – because they are unique

Machines are able do some discrete tasks and activities incredibly well but do not, and are unlikely to be able to, combine abilities to have the composite skills that humans bring to tasks and whole jobs. Take, for example, the skills needed at work: listing those skills a human is good at as opposed to a machine, it is easy to recognise that machines are not going to be able to do many of these even individually, let alone a in combination and flexibly, at least not without massive investment and over a long period of time. For people’s skills are a combination of hard but also soft – empathy, social interaction, delegation, leadership, experience, tacit knowledge, creativity, care and service, composite skills, critical thinking, teaming, multi-tasking are only a few of these unique characteristics of what we are and the value we provide.

In terms of the human need for meaningful work, it may well be that, as we say in our book, Service Automation: Robots and the Future of Work, “automation takes the robot out of the human”, enabling the human to focus on those things humans enjoy most and are best at in the workplace. This being said, the future of work does depend on which design philosophy is adopted – will machines replace people or complement people at work?

So far, research points to the fact that all processes in businesses still need human intervention, the typical balance being 80% machine and 20% human except for the most automatable processes. Today, techno-enthusiasts like to claim that eventually machines will be able to do everything humans can do and a lot more. But the more likely scenario is that technology is imperfectible and will need human intervention to make it work satisfactorily and human oversight and control for practical, ethical and safety reasons.

Standing back and taking perspective on the technological revolution we are living allows us to reiterate that in the past people have not predicted technological progress well. Historically we have seen dramatic shifts as a result of new technologies, but these have taken many decades to work themselves through – few are those who have anticipated the direction and consequences. All in all, people and organisations still shape the future and the technologies they design and utilize. It is therefore essential for them to portray several scenarios about the future, and constantly revise those scenarios against the evidence as it comes in.