It is often said that technology transforms lives. The digital revolution is opening up new visions for the future from intelligent homes and appliances to driverless cars and genetic modelling which can create new drugs that target diseases previously thought incurable.

Innovations like these are exciting but are also considered “disruptive” because they create a market and demand for products and services which did not exist before. Established business models are overturned, forcing organisations to adapt to new technology or risk losing market share or in extreme cases going bust.

Disruptive change is nothing new. Innovation has been a constant factor in the evolution of capitalist economies from the birth of the industrial revolution to the rise of e-commerce and social media. The reason it has recently become such an emotive issue is the speed of change. The impact of disruptive technology is now an integral part of the teaching of business strategy,entrepreneurship, and project management, which many CEMS partner schools have adopted. “It’s of critical importance to train future decision-makers to recognise the potential of converging technologies and how they paved the way for new
products and services like Google Maps or Uber Cars,” says Lars Strannegard, president of Stockholm School of Economics.

Strannegard observes that young people’s ambitions have been fired up by the many examples they see of transformational technology changing people’s lives all over the world. “Digital technology has the potential to go global very quickly. Whereas in the past an entrepreneur might launch a product for the home market, and slowly expand, these days it’s possible to set up a company and immediately go global. We call it ‘Born Global’,” says Strannegard. When the Swedish business school hosted last year’s annual CEMS conference and graduation, the surprise guest of honour was a programmable robot
designed and built by engineering company ABB. The robot’s carefully choreographed movements could have been a foretaste of technological disruption to come. Says Strannegard, “Robotisation is something that is going to impact on all of our lives. If you combine robotics with machine learning and artificial intelligence, the opportunities are enormous.”

ABB has been at the forefront of robotics and industry automation since the late 70s.
A spokesman for ABB said: “The pursuit of digitalization helps to better serve our customers and generate more value for both them and for our company.” The combination of an advanced technology base and a clear corporate drive are the basic ingredients of ABB’s business strategy. In a globalised inter-connected world, change is the only constant. A future generation of leaders must be taught to apply creative solutions to the markets in which they operate. “Part of the narrative behind disruptive technology is the realisation that the future isn’t an extrapolation of the past. Problems arise when companies discover established methods no longer yield expected results,” explains Kai Riemer, professor of information technology and organisation at the University of Sydney Business School. Students from the millennial generation completely embrace this way of thinking.

Completing her Global Masters’ in Management (CEMS) at the London School of Economics following an undergraduate degree in economics, Emma Gavala has first-hand experience of just how exciting innovation can be. Having completed a three-month internship at Google London last summer, she considers herself lucky to have had the opportunity to work with “Double Click”, Google’s programmatic advertising platform. The experience gave Gavala (24) an insight into how disruptive technologies create value for businesses and consumers. Google’s leading innovation in this field is to use real-time signals and sophisticated audience insights to develop “smart” and relevant digital advertising. “Programmatic marketing is based on a sophisticated technology, enabling brands to connect with the right user, at the right time and with the right message.” 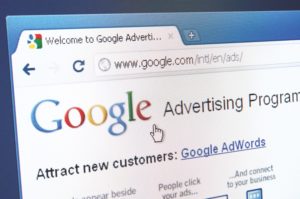 The benefits are two-fold. Advertisers want their messages to be creative, engaging and shown in the right context, while consumers do not want to be distracted by irritating or insistent marketing messages. This is a practical application of technology designed and inspired by a forward-thinking organisation which wants to cater for users of any age. Says Gavala: “Google is able in this way to create ads that are relevant not just to me but to my mother’s and my grandmother’s generation.”

Programmatic marketing is clearly an example of disruptive technology. And although it is still in its infancy, the indications are that it will revolutionise internet advertising. The experience has already influenced Gavala’s career ambitions. “It was very rewarding to work with young creative people committed to their job and prepared to go the extra mile. As a first step, I’d like to re-join such a creative, open-minded technology organisation,” says Gavala.

Not every innovation leads to an improvement in consumer experience, however. The most
problematic disruptive innovations for companies are the ones that introduce new customer
preferences and underperform on the old preferences. “I use the example of budget airlines
to introduce business disruption,” says Professor Jan van den Ende of the Rotterdam School of Management, Erasmus University. “When they were launched, budget airlines made air travel accessible for the first time to people on low income. They had the advantage of being cheaper, you could buy tickets on the internet and fly from local airports, which was more convenient for many people.

But they underperformed on the old customer preference for service quality. You had to pay for food on board, you couldn’t book seats in advance and the 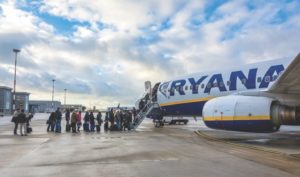 service, in general, was very low,” says Van den Ende. The case study proves two important points, that radical innovation changes the way markets behave and that consumers are prepared to pay for a worse service if the price is right.

Today, virtually every national carrier has introduced its own low-cost airline. In a more price sensitive age, airlines realise they can pare back the customer experience by reducing, for example, the space between seats and cutting luxuries like cooked meals without losing significant market share.

But where there is innovation there is also risk. Not all disruptive technologies succeed. One example cited by professor van den Ende is the US grocery home delivery company Webvan. Backed by over $1 billion of venture capital, the company made the mistake of setting an over-ambitious target – a two-hour time slot for deliveries. Unable to keep pace with demand the company founded in 1996 failed after three years of falling far short of customer expectations.

Technology start-ups are highly vulnerable to competitors who either copy the original idea, but execute it better or who invest more heavily in promotion. What case studies like Webvan tell us is that smart technology is no guarantee of success and that management always needs to be testing the market and looking for new technologies that can add value to their business.

In this age of fast-moving technological change, competition can come from nowhere
and challenge your business model. University of Sydney’s Professor Kai Riemer explains the secret of survival is to engage with emerging technologies early and to be responsive to potential challenges that might come from the fringes of the industry. “We call it agile management. Companies must be responsive to external disruption and fast-paced change,” he says.

Riemer gives the example of BlackBerry whose manufacturer was unable to see the significance of the newly launched Apple iPhone – with disastrous consequences. He explains: “The iPhone put the entire industry on a new trajectory. But BlackBerry just couldn’t see it coming. They dismissed Apple’s touchscreen as a gimmick useful for playing games and taking snapshots but little else. They stuck to the idea that serious business executives needed a miniature keyboard to type reports and send texts.

Of course, the touchscreen could do all of this, and more. What BlackBerry failed to realise was that its unique selling point could have been a server-based e-mail system and server architecture. They could have redesigned their offering to become an infrastructure for secure business e-mail independent of any particular device.” 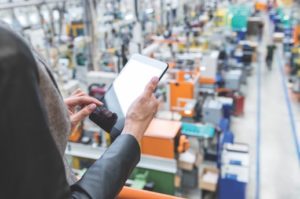 Disruptive technology like the Apple iPhone reaches a global market and its impact is felt
everywhere. Global companies like Google and Amazon are now masters of developing and
exploiting “disruptive” technologies, breaking down the concept of national or local markets. “Global companies used to be the underdogs in local markets, whereas local companies were able to operate more efficiently at home. In the digital era, companies like Google and Amazon have shown that this is no longer the case,” says Professor Henri Schildt of Aalto University School of Business, Finland.

The relentless rise of internet shopping giant Amazon has not just impacted on small countries; it has revolutionised shopping in the USA threatening the viability of shopping malls and large retailers like Sears. According to CNN Money, between 2010 and 2016, Amazon’s sales in North America quintupled from $16 billion to $80 billion while Sears’ revenue remained constant at around $22 billion. The success of internet shopping platforms like Bonobos or the clothes retailer Asos has forced physical-store retailers to offer similar deals and convenience online.

These shopping channels have been made possible by digitalisation, firstly by setting up web-based platforms which act as an efficient online marketplace and secondly by analysing vast amounts of sales and customer data generated and responding to it with new products and services.

“Digitalization used to merely support companies’ operational activities, but it now lies at the core of their strategies. Research indicates that 90 percent of strategic initiatives taken by American companies are based on software of one kind or another,” comments Schildt who prefers to talk about data-driven, rather than digital business.

This assessment is supported by management consultants. The International multidisciplinary firm, Capgemini, runs innovation centres to assist small business start-ups in both the private and the public sectors. Based in London, Adele Every, Capgemini innovation and portfolio director offers some useful advice. “I’ve seen a lot of companies embrace innovation, and some are better at it than others.

The ones who succeed are the ones who understand that there is no point in simply developing apps. You need to start with a clear vision that has buy-in from across the organisation; then you can look at what place technology has in helping bring that to life.“ she says.