Kearney’s new Global Leader of Culture and Inclusion is taking diversity to a new level, backed by science.

In 2009 a team of researchers from six US universities conducted an experiment.

Over the course of three weeks, they gave Tylenol (a paracetamol) to a number of volunteers and a placebo to a control group. Both groups were subjected to degrees of physical and social pain, in the form of peer rejection. All were asked to document their daily experience of pain.

Those who took Tylenol showed a reduced neuronal activity in brain regions that are associated with social and physical pain, as well as the intensity of their hurt feelings. Those who did not reported greater levels of discomfort.

Human beings are wired to belong to a tribe. And rejection from the tribe causes us pain.

“We are tribal creatures. Science has shown us that feelings of exclusion from a team or a culture hurts – it actually causes physical pain. Rejection or antagonism can activate the same areas of the brain that light up when we have a headache,” says Laura Wendt. “Feeling excluded is tantamount to turning up at work with a headache every day.”

Wendt is Global Leader of Culture and Inclusion at CEMS partner and international management consultancy, Kearney. She is an expert in neuropsychology, with a PhD in Medical Psychology and Behavioural Immunobiology, and she has researched and taught unconscious biases, gender inequity and the role of underrepresented minorities in the workplace for more than 10 years. Wendt’s role as Global Leader of Culture and Inclusion draws deeply on data and science and tried and tested findings from field studies in global companies.

The science points to one conclusion, she says: A culture of inclusion in the workplace is critical for well-being – and success.

“Our best ideas are unlocked when we feel relaxed. At work, this happens when you feel comfortable and accepted by your team. When you are stressed, not welcome or included, you release more stress hormones which can inhibit the pre-frontal cortex, an area of your brain involved in your creative thought processes and the production of innovative ideas.”

Human beings, says Wendt, are “our best products.” And forward-thinking businesses would do well to promote the kind of culture that prioritises the well-being of the human beings that work within it.

“A simple fact that is often overlooked, is that people are the most precious part of any business. To frame it in a blunt neoliberalist way: for your business to flourish, you need to have best products and that means having the best human beings, capable of functioning at optimal levels. If your people are stressed and not included, you will effectively have poor products that will not produce the best outcomes.”

There are clear business benefits in supporting efforts to drive diversity and inclusion. “From unlocking creativity to lower turnover, to greater stability in times of crisis such as these, the positives are well documented,” she says.

And in the time of the Covid-19 pandemic, she emphasises, grasping the importance of culture and inclusion is perhaps more critical than ever before.

There is a war for talent that is only set to become more acute in the post-pandemic economic downturn.

“The competition to recruit top people with skills and competencies to drive businesses through the crisis will intensify. Recruiting and retaining those people will give companies the kind of stability they are going to need in these challenging times. The new generation of Millennials and Generation Z are seeking a culture of transparency, feedback and inclusion in companies,” says Wendt. “If you cannot provide this in an authentic way companies will lose out on talent because their focus has shifted.”

“My job was created as part of Kearney’s response to the need to boost inclusion globally and fortify the well-being of our diverse workforce by improving our culture as an organisation. We work on the system as well as within the system, looking first at the kinds of quotas and metrics we want to reach, and adopting a very scientific and data-driven approach on how to identify and roll out initiatives with impact – and how we measure our short and long-term goals against performance.”

Driving a Culture of Inclusion

Wendt and her team have created a roadmap that comprises no fewer than 30 different initiatives to foster diversity, fuel inclusion and fortify well-being within the Kearney ecosystem.

These initiatives are grouped into clusters that focus on specific areas. One of these is the topic of quotas.

“Quotas are a means of ensuring you have the right spread of demographics – your gender mix and the representation of different minority groups – to unlock the benefits of diversity. Our work in this area draws deeply on science, which tells us that when you achieve 30% women in a team, their performance improves. Science also tells us that when minorities represent less than 20% of a working group, individuals belonging to that group speak up less and their performance can drop.”

The presence of women and other minority groups with leadership or decision-making roles within an organisation also sends cues to potential recruits, says Wendt, making them more likely to apply, thrive and invest in their careers – a virtuous cycle of diversity and inclusion that yields further benefits. 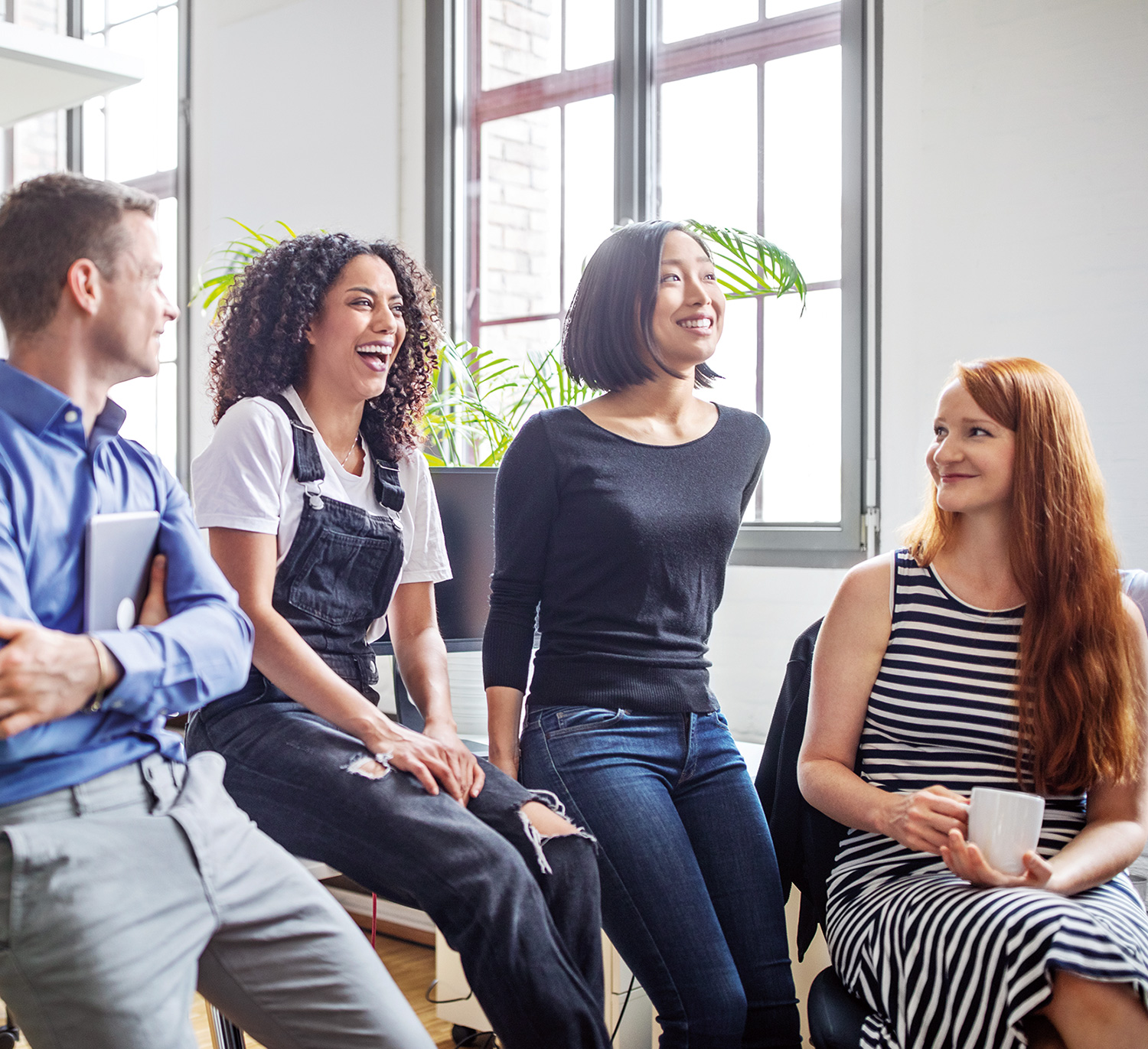 To accelerate progress in achieving diversity and inclusion, Wendt and her team have rolled out six science-based workshops globally for all leadership teams, HR professionals, LGBTQI+ individuals, women networks, as well as all employees at Kearney, to support them not only in creating more inclusive recruitment and workplace environments, but also in terms of evaluation cycles, on interviewing methodologies and in managing promotions and bonuses.

Another cluster is events that support the creation of role models and sponsorship programmes.

“Again, studies have shown us that mentorship as a concept is great. But not many companies actually have working sponsorship programmes that involve leaders directly sponsoring someone from a minority group.”

Kearney has connected a number of its leaders with individuals from minority groups, says Wendt – change-makers who “go the extra mile,” supporting people through projects and assisting them in securing promotions. The results are tangible.

“People who are supported stay longer in the company. They’re promoted faster. And both sponsors and those they sponsor report that they are happier. It’s a win-win where everyone thrives.”

Getting Leadership Behind You

For any initiative of this nature to work, says Wendt, leadership needs to champion these from the start. She cites the example of Kearney Managing Partner and Chairman, Alex Liu, who sent a global email around the organisation voicing his support for LGBTQI+ colleagues. As a result, there was a significant upswing in people joining the Kearney LGBTQI+ Proud network and an increased feeling of confidence to be more open about their sexual orientation at work. “If your leadership isn’t behind Diversity and Inclusion, your efforts in this area will be futile,” says Wendt. “At Kearney our senior partners take ownership in D&I, and lead initiatives from the top.”

One such leader is Mirko Warschun, who is the Regional Lead Partner for Consumer and Retail for Europe, the Middle East and Africa. A seasoned supporter of diversity and inclusion initiatives within the company, Warschun – who holds a CEMS Master in Management – also represents Kearney within the CEMS alliance, and is a member of the CEMS Global Strategic Board.

“We know that an included and diverse workforce shows up to work with joy. They feel better, they are more comfortable and they will follow leaders who support them. They are prepared to walk that extra mile in a high performance culture, and to make that critical investment in their careers and in their organisation,” says Warschun. “And while there is no doubt that all of this is great for business, there is another dimension to it, too. And that’s the human dimension.”

The Right and Humane Thing to Do

Above all, he stresses, supporting colleagues whose needs are greater and signalling that they are accepted within the working community regardless of race, gender or sexual orientation is simply “the right thing to do.” “Treating others like human beings is a value-based attitude. Sure, it unlocks creativity and innovation, sure it drives our client’s performance. But just as importantly, it creates a culture of joy. Caring about people’s well-being means that we have to touch the heart as well as the mind. We are all human beings so we need to act like human beings – with respect and understanding. It’s simply the right and the humane thing to do.”

“We are a global firm with diverse partners all over the world. My role in diversity and inclusion at Kearney has taken me around the different continents, talking to partners about their concerns, issues and insights. I have learned that it is as important to touch hearts and to meet people where they are as well as heads through the support of neuroscience. And while there are certainly cultural differences, the most striking thing is that we have the same basic needs. What unites us all is our human nature: we have the same hearts and the same brains. As human beings we are tribal animals with the same need to belong, to feel welcome and to have all of our voices heard and celebrated,” says Wendt. 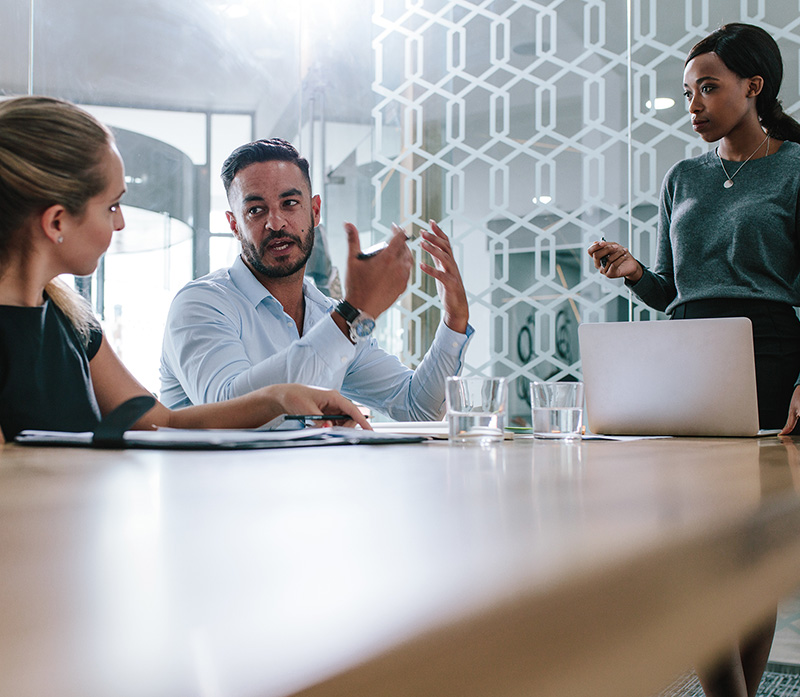 The Covid pandemic has strengthened this understanding, adds Warschun. Kearney’s internal newsletter is full of personal stories, observations and “insights from the head and the heart” that have universal draw and relevance, he says. 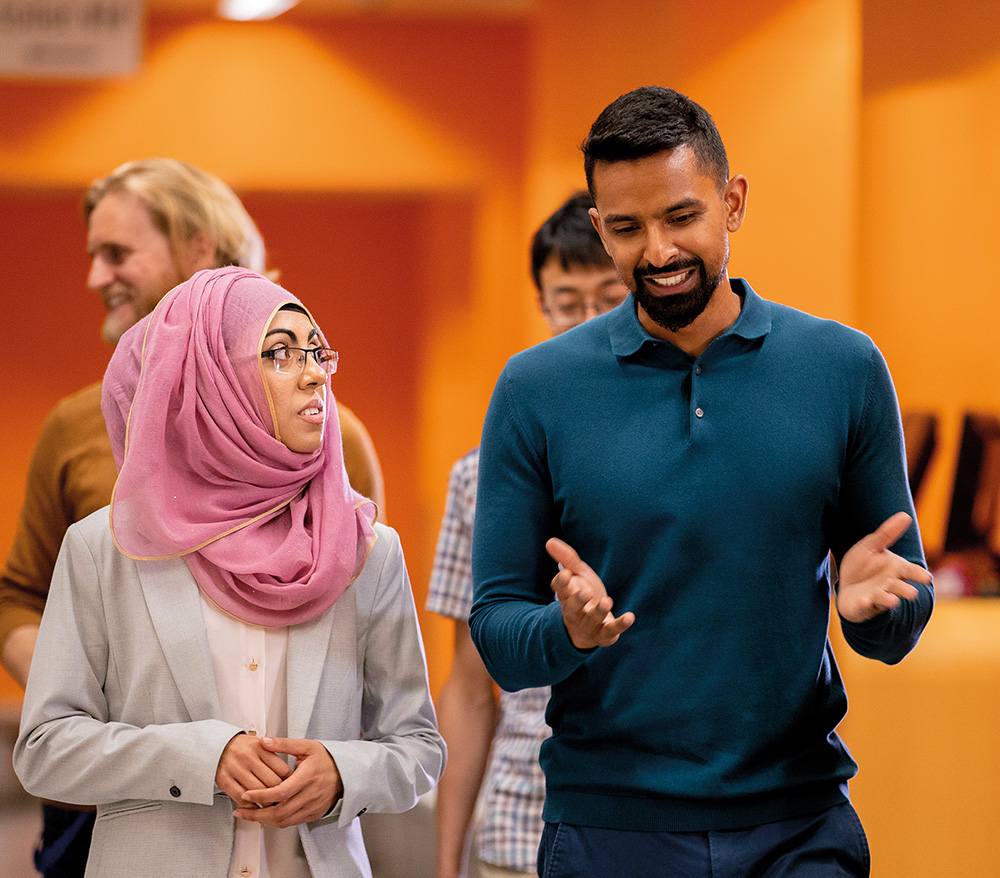 Kearney has a long tradition in driving diversity and inclusion. The organisation has been active in this space for more than 10 years, Wendt stresses. And the values that drive these activities dovetail with the values and principles that also undergird the CEMS alliance and cooperation with Kearney as a corporate partner – a collaborative relationship for which Mirko Warschun feels a great measure of personal pride.

Both he and Wendt are confident that Kearney’s robust focus on a culture of inclusion will equip the firm well for the future of work, as the organisation grapples with the challenges of the 2020 Coronavirus crisis in the medium-term, and in the longer term that lies ahead.

“Kearney has been doing this for more than a decade, before D&I became trendy,” says Wendt. “We have had leaders supporting our women’s network and African American networks and since 2011 we have had a global leader in this role. Today we have a global team working with us, supporting us and ensuring that we are in great shape as we look to the future.”

Exploring the difference between equality and equity

One of the workshops that Wendt leads includes a story to highlight the semantic difference between equality and equity.

Participants are told to imagine three people. One has not eaten for a week. Another has just had a sandwich. The third just finished a three-course meal.

How many sandwiches should each person get?

According to the concept of equality, all three should be given two sandwiches.

But equity tells us to give the first person several sandwiches, the second person one sandwich and the third person no sandwich at all, as they are completely satisfied.

Equality posits the idea that we are all the same, with the same needs and the same chances. But data shows us that this is not true.

“The workshop brings our understanding of this fact to life. We are not all equal, which is why we need extra support for those people who do not have the same resources, networks or access. And we discuss this in a way that is open, fun and transparent.”